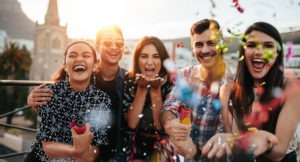 In our early adulthood, we often feel the urge to ‘cut the cord’ and strike out on our own, away from our parents. We head out into the working world, start earning our own money for the first time, and yearn for independence.

But everyone is different. Some of us look to pursue further studies, others want to get going in their careers, and others live by the spirit of ‘wanderlust’ – looking to explore the world and all it has to offer.

Whatever choice we make, having great medical cover is always an important consideration. The costs of quality medical care continue to rise, and the rates charged by specialists often far exceed what one’s Medical Aid is able to pay.

It’s for this reason that Gap Cover has emerged as an important service for people of all ages – as it covers the ‘gap’ between specialist private rates and the rates Medical Aids pay, ensuring the patient isn’t left to foot the bill.

“When one is starting out, they generally don’t have a large salary, so it’s important for young people to stretch every rand and cent as far as they’ll go,” says Turnberry CEO Tony Singleton.

He says that a smart way to maximise funds is often to take a medium-range Medical Aid, combined with a more comprehensive Gap Cover product. Consider that top-end Medical Aids cost many thousands of rand per month, while premium Gap Cover products are just a few hundred rand.

“For young people that are generally fit and healthy, they usually don’t need a comprehensive Medical Aid. That normally comes to the fore a little later – when they start their own family or perhaps start experiencing medical concerns.”

But despite the fact that we all feel invincible in young adult years, Singleton says that accidents or critical health issues can still strike at any time.

In fact, events like car accidents and misadventures while travelling tend to happen more in young adulthood than later on in our lives, when we start to become more cautious.

“As a young person, it’s important to pick a solid financial advisor that can help to educate and advise you on the various cover options – and ensure you set out on the right footing.”

For many young people whose parents are on a more comprehensive Medical Aid, remaining as an adult dependent can incur greater costs to the family overall, when compared to becoming the principal member on one’s own (more basic) Medical Aid.

“But ultimately, this decision needs to consider one’s individual financial and medical circumstances, family make-up, and the advice from your financial advisor,” reminds Singleton.

He also notes that one’s late adolescence and early adulthood can be the time that persistent medical problems will start developing. Being covered for the required treatment can certainly help to prevent issues from developing out of control.

“We also find certain age-specific conditions in young adulthood, such as impacted wisdom teeth, which represent a very high percentage of our Gap Cover claims – as they generally incur both co-payments and specialist medical expense shortfalls. For young women, this is a very important time to understand and address any emergent women’s health issues,” he adds.

As the famous saying goes, ‘youth is wasted on the young’. But while our early adult years may be a time of wrong turns and mis-steps, one can never go wrong by getting set up with a Medical Aid/Gap Cover combo that’s right for them.